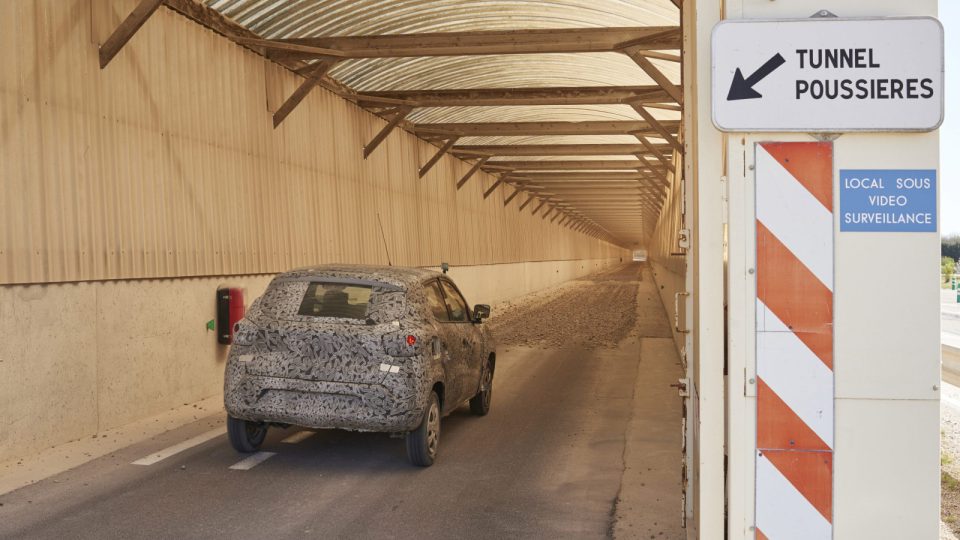 This is where Renault tortures cars: the test center in Aubevoye:

Salt spray, hot or cold wind tunnels simulating temperatures from -30 to + 55 degrees Celsius, with wind speeds up to 230 km/h… All aim to simulate many years of customer use in all parts of the world, including the harshest conditions, in just a few months. All of Renault ‘s new models undergo these grueling tests at the test center in Aubevoye before finally going into production.

Look behind the scenes

Normally, only insiders are allowed inside, but because of its 40th anniversary, Renault virtually opens the doors of the gigantic test center, hidden in the Eure forest, for once. This closed facility houses all the prototypes of the Renault Group brands.

In the CTA, new Renault models are certified before they are launched on the market. Aubevoye’s track network extends for over 60 kilometers and mimics all road types from around the world. The various circuits and roads were built between 1982 and 2000. On the asphalt, the French test every aspect of their cars, from steering to suspension, from endurance to handling.

The ‘dry’ track has a length of 3.9 kilometers and is used to adjust the chassis and is ideal for a variety of tests: adjustment of the front and rear suspension, the chassis, the endurance of the brakes and the reaction in case of loss of grip. Each turn has a deliberate name. For example, there is the “patte d’oie,” or “goose leg. At the beginning of the track, the track splits to the left and right, making it look like a drawing of a bird’s leg.

To name the fastest corner on the circuit (speeds here exceed 200 km/h), they took inspiration from a driver from the 1950s: two-time Formula One world champion, Alberto Ascari. In addition to the dry track, there is also – you guessed it – a wet track, which complements the tests on the dry track.

There is also a track of over two kilometers, which serves to mimic the driving conditions in the city. This track has traffic lights, stops, speed bumps and some intersections. Various signs indicate which city you have “entered.

Then there is the “l’anneau de vitesse,” the speed ring. As the name implies, this is where the top speed is reached. Test drivers can continue up to 250 km/h thanks to angled curves, which can even be taken up to 180 km/h without turning the steering wheel. This is where all the aerodynamic testing is done. A special feature are the sixteen huge fans that line this circuit. They simulate wind speeds from 14 to 72 km/h to check the stability of each model and calculate trajectory deviations. For commercial vehicles, because of their considerable weight, an electronic spoiler is added to maintain stability on the highway.

At the Renault Group, they also have a number of rugged SUVs in the stable, which have to be able to withstand some rough handling. The gigantic site in Aubevoye also features steep slopes and off-road circuits to test the various models, including all-terrain vehicles. The rugged terrain has 40 meters of elevation change for the mountains, as well as large level differences overcome with bridges, “bomb craters” and very steep roads.

In addition to the various test circuits, there are also a number of “torture chambers” present. These are test tracks where different road types and weather conditions make it as difficult as possible for a car to drive. One example is the dust tunnel, which mimics conditions in Argentina, a country with a very high dust content. For countries with heavy rainfall, the ford is 24 inches deep, with additional wells of another 6 inches.

In total, therefore, the various models tested must be able to withstand the shocks caused by wading through 30 centimeters of deep water. A gigantic three-by-three-meter artificial “pond” is also being created to check that the car does not suffer any damage when driving through it at a speed of 80 km/h. If a model does not pass these tests, they go back to the drawing board at Renault. Does a car not budge during the torture phase? Then it is ready for production.