The BMW R nineT Scrambler is rock & roll in triplicate. The rugged appearance, the roaring exhaust note and the rebellious driving behavior awaken the rioter in you. Ignition on, press the start button and the neighborhood is awake.

With the BMW R nineT Scrambler you won’t get away unseen or unnoticed. The double-barrel exhaust explodes, even when the engine is idling. bravado? It belongs to a Scrambler. The whole look radiates it. 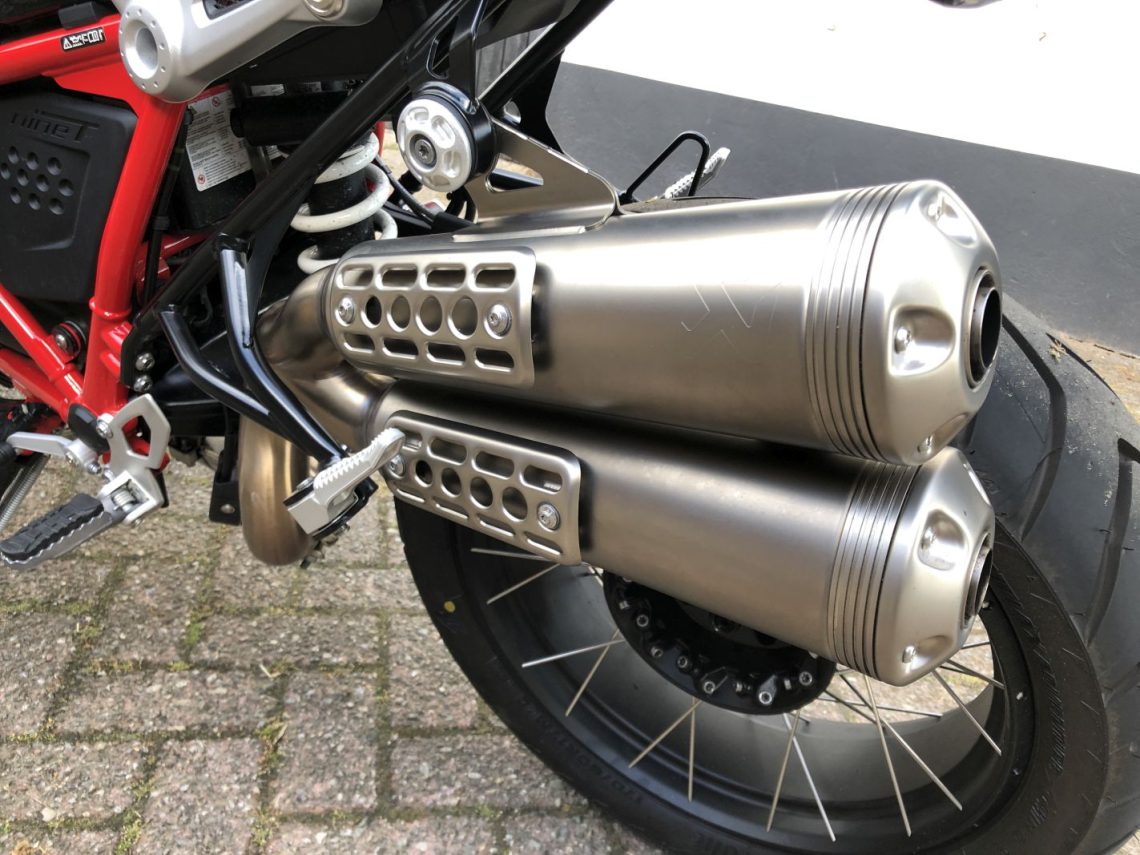 Pretty clever that BMW manages to strike the rebellious chord. After all, the brand has been known for years for relatively good, neat and solid motorcycles. You can use this version of the R nineT heritage series for a course: how do I become a little more rebellious?

R nine T is the name of a series with retro design. Each and every one of them has classic looks, such as a round headlight and chrome accents. You can choose from a basic R nineT, an R nineT Pure, R nineT Urban GS or this Scrambler.

What is a Scrambler?

Scramblers are motorcycles whose roots lie in the fifties and sixties of the last century. Especially in England, young people converted their BSA or Triumph into a kind of off-road motorcycle. Just like the Bertus and the Tinus in ‘Oerend hard’ by the band Normaal, who raced to the cross on the sands of Hengel on their BSA and Norton. So that image.

The young rebels of that time removed all unnecessary parts to reduce the weight. The fork legs got rubber sleeves to protect them from sand. The exhaust was raised for more ground clearance and studded tires were fitted. You see all these components on the R nineT Scrambler. Even the instrumentation is minimalistic, with only a speedometer. The direction indicators and mirrors are mandatory legal matters, otherwise they would not be on them.

The R nineT Scrambler has now been modernized with some electronics. The throttle control is digital without cable. That also makes the option of cruise control possible. It has dynamic traction control and an LED headlight with daytime running lights. The electronic throttle control has introduced driving modes: road, rain and dynamic.

When accelerating, the exhausts trumpet loudly. The decibels will best remain within the legal standards, but BMW is clearly pushing the limits. So a bit cross, but just within limits. Bystanders look back, but are not provoked and eventually fall for the external charms of this retro motorcycle.

Comfort? Don’t count on it

Suspension and shock absorption are quite firm, as is the saddle. Wind has a free grip on head and torso. The highway is not the domain of the BMW R nineT Scrambler. You have more fun on winding country roads through the polder. Braking before a bend, smooth and accurate downshifts and then the gas again in the bend. Then the Scrambler is in its element.

This BMW does great braking with its double front discs and Brembo calipers. The rear brake feels a bit more moderate. Because the Scrambler does not weigh too much, 223 kg roadworthy, you can slow down enough with just the front brake. Then of course you should not drive on a sandy road, then you need that rear brake that is easy to dose due to its milder grip.

Motor, is it powerful enough?

The BMW R nineT Scrambler has a 1,170 cc boxer engine, air-cooled. A block that was actually already introduced in 2004, at the time in the R 1200 GS. The ‘oldie’ fights back bravely. It delivers enough power with its 80 kW (109 hp) and now meets the latest Euro 5 emission standard. Due to the quite high torque of 116 Nm for an engine, the Scrambler is nice and active ‘on the gas’. You have this personal statement on two wheels for 16,900 euros. There are no-frills and luxurious motorcycles that cost less, but do they evoke the same amount of emotion?