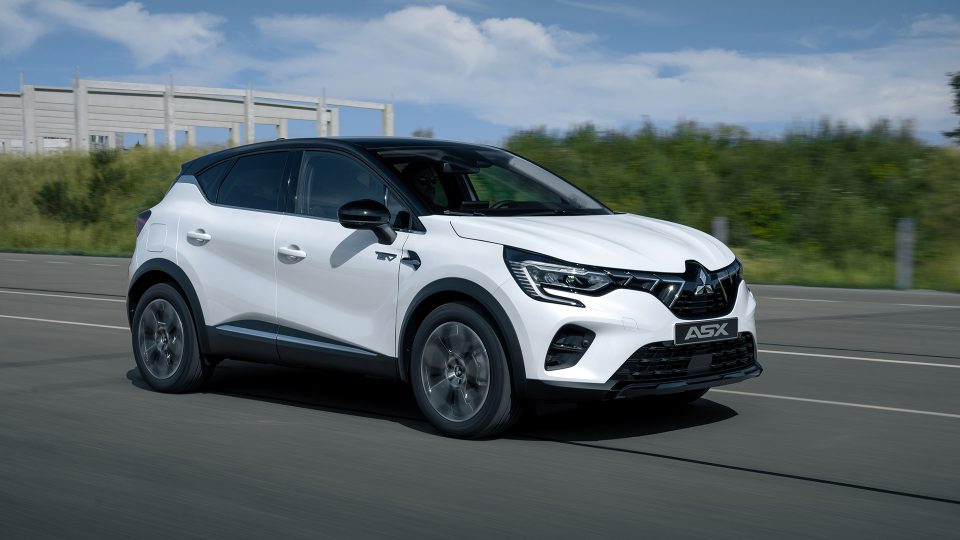 Mitsubishi had been discontinued, right?

It was at the introduction of the Eclipse Cross PHEV that Mitsubishi indicated it would be the last new model in Europe. An eternal shame, of course, because the Japanese brand has a rich history here. Fortunately for fans, that decision was reversed after all. With an entirely new strategy – and a little help from Renault – the Japanese are still bringing new models to the European market. Starting with this brand new ASX.

Before the announcement of the new ASX, Mitsubishi only carried two models in the Netherlands: the Space Star and the Eclipse Cross PHEV. Starting in 2023, new models should be added at a rapid pace. The goal is to eventually offer an alternative in every segment to what is currently available on the market. Featuring first the new ASX B-segment SUV and, in the fall of 2023, the Mitsubishi Colt as a B-segment car.

Mitsubishi ASX is a Captur?

As part of the Alliance, which also includes Renault and Nissan, Mitsubishi can take advantage of the knowledge and technology available. Not surprisingly, Mitsubishi is taking the popular Renault Captur as the basis for the new ASX. The Colt, expected late next year, uses the Renault Clio as its base. In this way, it is relatively easy for Mitsubishi to be able to make a relaunch in Europe.

Salient detail: the ASX is on the alliance’s CMF-B platform. That is the same platform on which the Captur and also the Juke, among others, are built. A good platform, but this makes the new ASX smaller than the previous generation ASX.

Still a face of its own

Although the new ASX is very similar in appearance to the Captur, the Japanese have certainly made an effort to give the car a face of its own. Mitsubishi calls the front end the “Dynamic Shield,” where from the headlights inward are triangular style elements that point to the central logo on the nose.

On the rear there is not the Mitsubishi logo, but the fully written out brand name across the width of the tailgate, just below the rearview camera. On the bottom left of the tailgate is the model name, and on the bottom right is the type of motorization. There is an emblem on the front doors that indicates whether an electrified drive system is on board.

Speaking of those powertrains. The new Mitsubishi ASX comes with several powertrains. And yes, we also know it from the Renault Captur. And there’s nothing wrong with that, because the technology is a unique selling point for buying that car.

Inside, too, the ASX looks almost identical to the Renault Captur. The central display is available in either a 7-inch landscape screen or a 9.3-inch portrait screen, depending on the version selected. Digital instrumentation also comes in different levels: an analog instrument panel with an integrated 4.2-inch screen, a configurable digital instrument panel with a 7-inch screen or a fully customizable version with a 10-inch Digital Driver Display that also displays navigation instructions.

Why choose the ASX anyway?

Mitsubishi believes that the majority of potential buyers do not know that the ASX is fundamentally a Captur. If so, appearance counts and dressing counts. Since prices will be announced later, we cannot state at this time whether the ASX will be cheaper or more expensive than the Captur. Mitsubishi does hint that the trim levels (Inform, Invite, Intense and Instyle) will be rich. So it may just be that an ASX is more expensive than a Captur with the same drivetrain, but offers richer equipment.

Production of the new Mitsubishi ASX will take place at the Renault plant in Valladolid, Spain. All powertrain variants will be available immediately upon launch in March 2023.