Kawasaki has something to celebrate!

The legendary Z1 900 was the most powerful motorcycle money could buy in 1972. With a four-cylinder in-line engine, it was a desirable machine that contributed greatly to the success of Kawasaki and the Japanese motorcycle industry. Modern, fast and technically leading in a time when 500 cc two-cylinders were until then considered a heavy motorcycle.

So yes, the Z1 revolutionized the perception and perception of motorcycles in general. Today, the Kawasaki Z900 is one of the best-selling motorcycles in the naked segment. Enough reason for Kawasaki to celebrate the 50th anniversary of the Z range in 2022. That happens with 50th Anniversary versions of the Z650, Z650RS, Z900 and Z900RS. Dressed in special colors and design details that give a nod to the past.

You can safely say that they are four collector’s models. The buyers of the Anniversary models will receive an exclusive book called ‘Z Chronicles’. This is full of information, specifications and high quality color photos of all legendary Z models from 1972 to 2022. The book is not available separately and is therefore very exclusive, just like the models themselves. 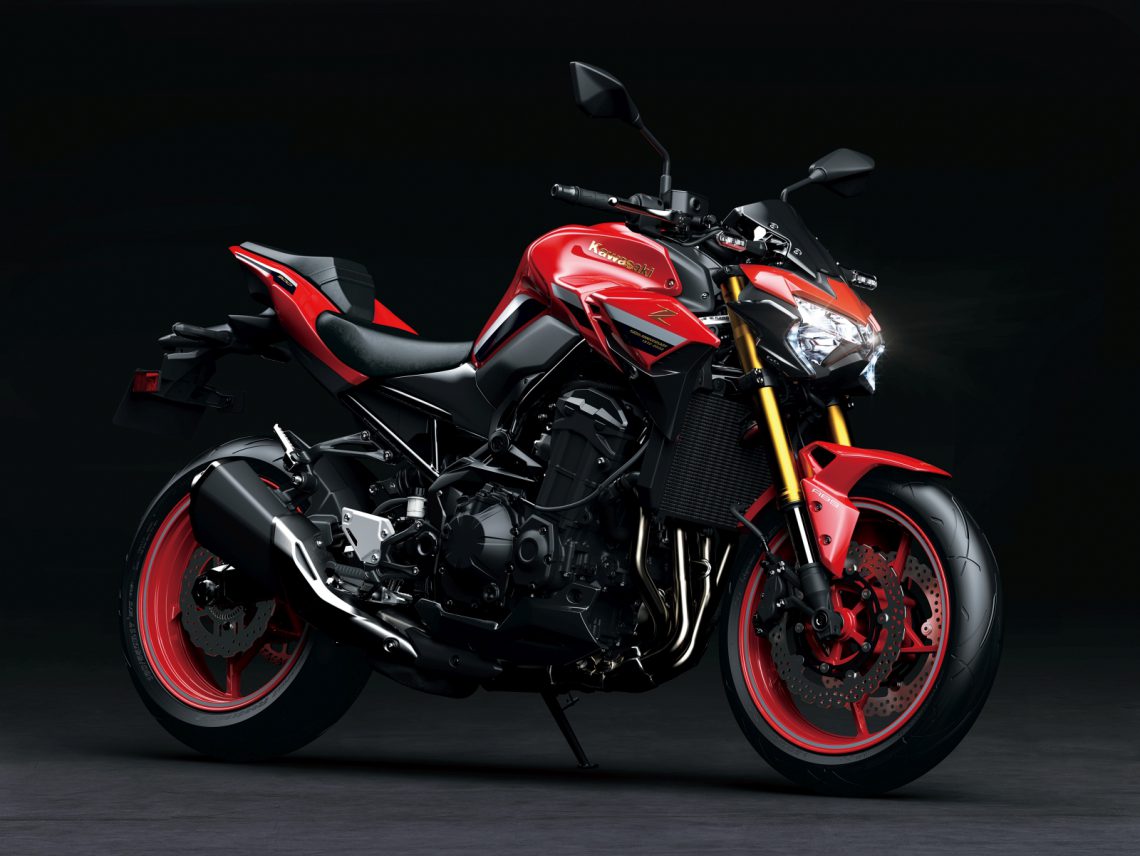 The Z900 dominates the naked segment in Europe. With best-in-class performance, great handling and rich equipment such as the color TFT display, Traction Control and Power modes, the Z900 is well equipped. The striking Sugomi styling is dressed in the color ”Firecracker Red” for this anniversary edition. The livery is based on that of the Z1100GP, the air-cooled Z from the 1980s, and is a signature color for Kawasaki’s of that era. There is also the gold colored front fork, the glossy black frame, special saddles and the Z900 is equipped with special Anniversary logos. Price: 11,299 euros. 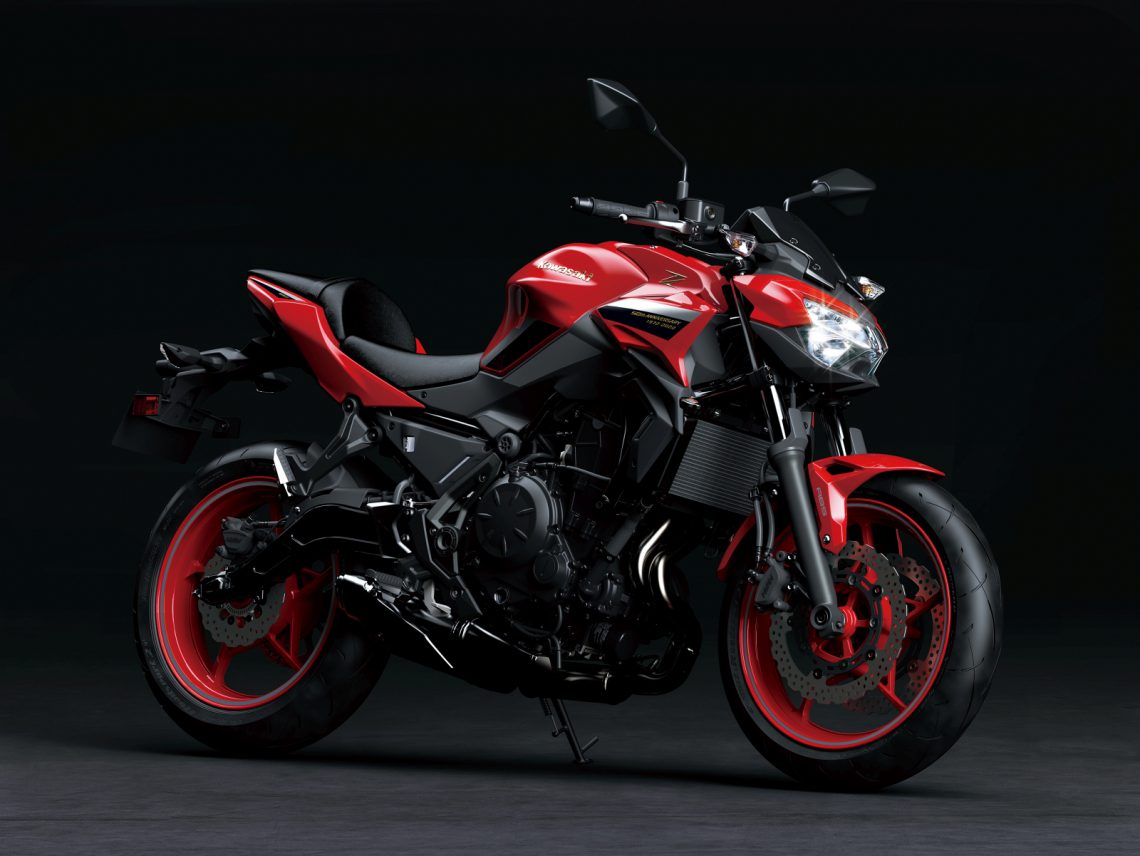 The versatile Z650 is wonderfully manoeuvrable with its light frame, short wheelbase and torque-rich parallel twin. It has standard LED lighting, a TFT color display and smartphone connectivity. As a 50th Anniversary Edition, the Z650 also has the high-quality red paint. Dark blue and silver striping is complemented by gold Z decals, just like the Z models of yesteryear. With the red wheels, special leather seats and anniversary logo on the front fender, the Z650 50th Anniversary Edition is a very special appearance. Price: 8,399 euros. 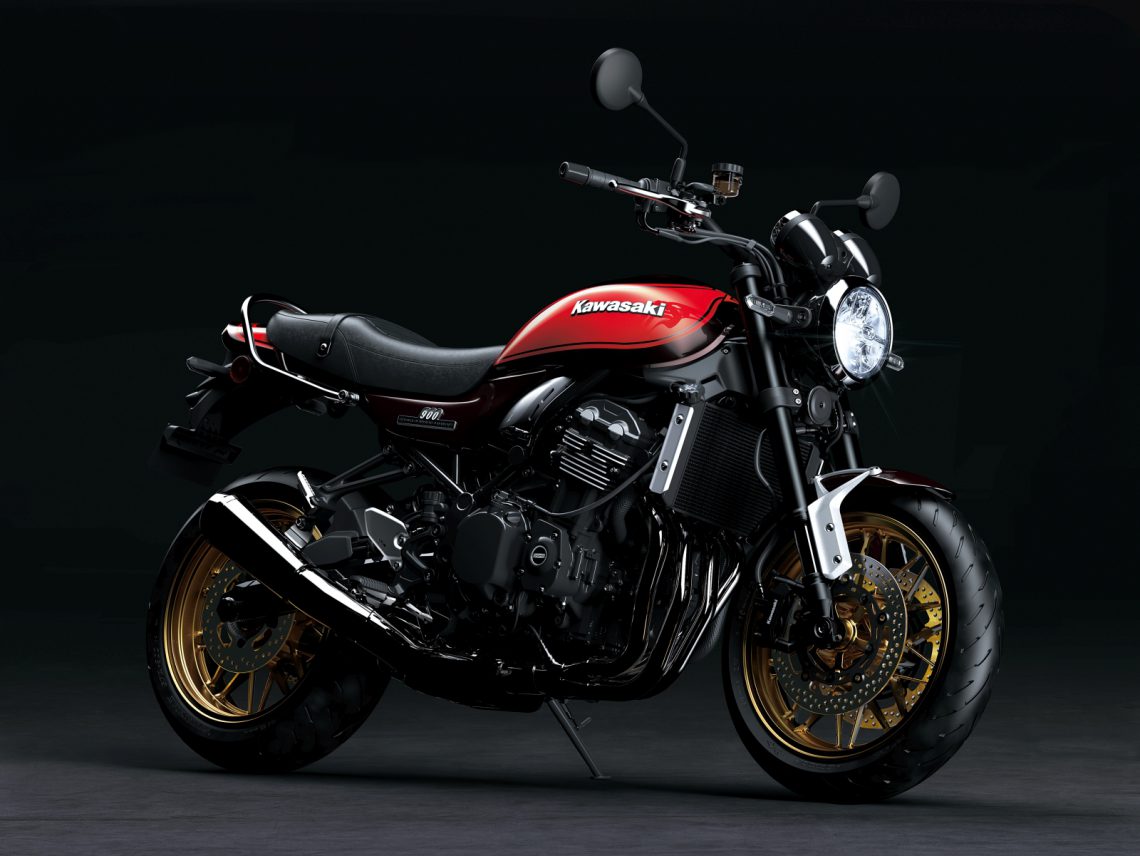 The RS pays tribute to the legendary Z1 in an honorable way, combined with modern technology and performance. With the Z900RS 50th Anniversary, the perfect combination between the present and the past is further enhanced by the Candy Diamond Brown color along with the Fireball pattern. By applying the lacquer in several layers, a deep and glossy lacquer layer is created. Complementing this is the gloss black frame, gold colored wheels, grab rail and there is a special seat. To complete the picture, the model is equipped with Z50th Anniversary and beautiful Double Overhead Camshaft (DOHC) emblems. Price: 13,899 euros. 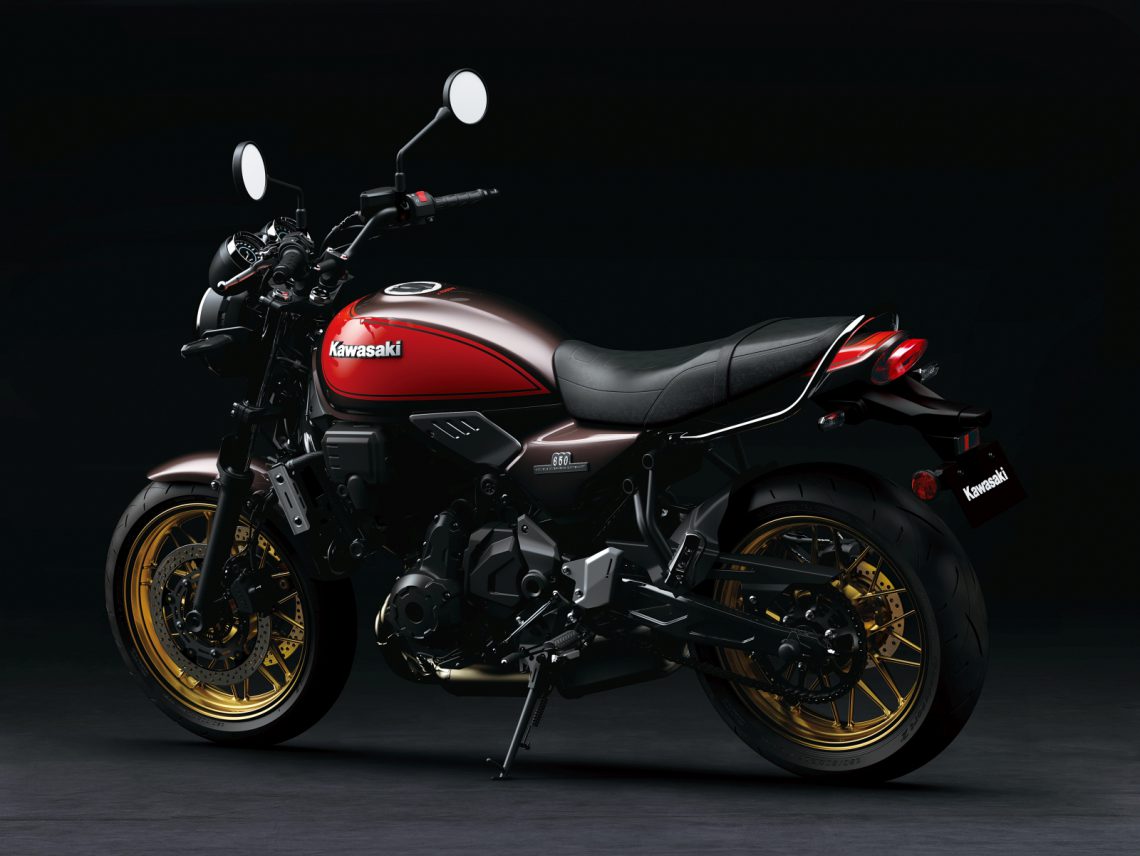 The Z650RS is a tribute to the 1977 Z650-B1. The new torque-rich parallel twin is placed in a new frame to match the retro design. Like previous Retro Sport models, the Z650RS also has beautiful styling elements such as the Tear Drop fuel tank, dual counters and the iconic Duck Tail. Like the Z900RS, the 50th Anniversary Edition features deep Candy Diamond Brown paint with Fireball graphics, gold wheels, special seat, grab rail and DOHC logos. Price: 9,399 euros.

The Z50th Anniversary models can be ordered from Kawasaki dealers and will be delivered in the spring of 2022.