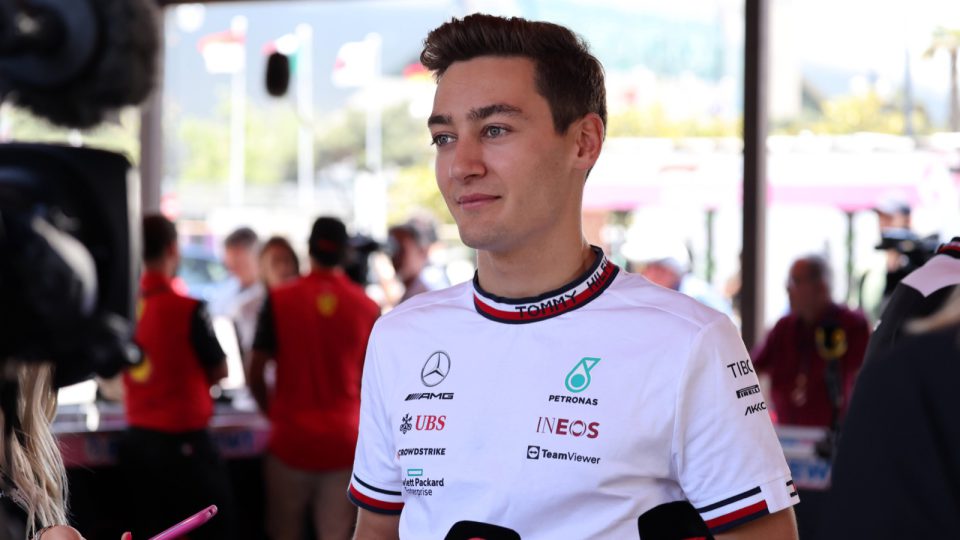 After three difficult but instructive years at Williams, George Russell switched to the Mercedes-AMG team in 2022. A nice transfer, yet the Brit won’t be completely satisfied yet. For the first time in years, the German racing stable is not dominant. This is not because of George, as Lewis Hamilton is also turning in a mediocre season in 2022. Fortunately, George has a handsome girlfriend sitting at home: Carmen Mundt.

Carmen Mundt was born in Britain and thus has British citizenship, but is also fluent in Spanish. She is a recent graduate of the University of Westminster, where she studied Business Management and Finance. So in addition to being a handsome lady, she is also a very smart aunt. It’s nice for George that his girlfriend can handle big numbers, because then she can do his bookkeeping. The Mercedes driver gets about 4.5 million euros paid into his account every year by his employer. If he becomes champion he can even count on a bonus of over three million euros. So marrying George will not be a bad investment for Carmen. She knows all about that, as she currently works at the investment firm W1 in London.

George and Carmen are not shouting from the rooftops that they are in a relationship. They started dating in 2020, then made their relationship public a few months later. Since then, Carmen has set her Instagram page – where she now has 80,000 followers – to public. Russell and Mundt are regularly spotted together after Formula One races, and she often even posts photos of her boyfriend’s work.

Before George Russell met his current girlfriend, the Briton was in a relationship with a lady from Holland. In fact, he had a relationship with Seychelle de Vries. That last name will not only look familiar to you because it is a typical Dutch name, but because Seychelle is the sister of Formula E champion Nyck de Vries. The two got to know each other when George and Nyck were still racing together in Formula 2. This relationship broke down after two years.